Inspired by Yeebo's post on MMO innovation and WoW and a wonderfully predictive article from Lost Garden from 2005. This is also a continuation of the discussion from yesterday's post. (Once again commenting on others' posts. When am I going to feel inspired enough to finish my own stories?) 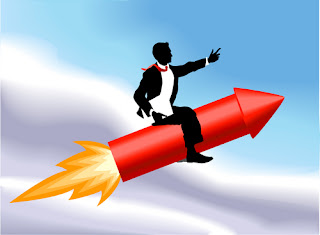 Interesting that Blizzard and even the Warcraft RTS are mentioned in the Lost Garden article. Of course, he was right, Blizzard is about taking an established genre, looking at complaints about gameplay, and making better or more responsive games. I don't know why people complain so much about the game mechanics of WoW. They aren't perfect, but they are polished and encourage a huge number of people to play.

As far as who is the Nintendo of MMOs? Hard to say, because despite variations in story content, MMOs are a single genre themselves, as opposed to a platform/brand like Nintendo. I certainly would not say Farmville, it is an innovation in casual play, but has its roots in the RTS genre, not RPGs.

I am not sure how innovative I personally need a new game to be. I have said it before, story drives my games. Obviously gameplay needs to be enjoyable but that is highly subjective. Maybe I should say "Lore" instead of "Story." I like the feel of a real persistent world with a history.  But even I am finicky, I dismissed LOTRO as being too similar to WoW, in an "uncanny valley" sort of way. Even now, I struggle to like AoC, but I thoroughly enjoy STO. I am looking forward to SWTOR and even GW2 is intriguing.

The funny thing is that "hardcore" in the Lost Garden article seems to be different than how self-described hardcore gamers would identify themselves, since they are the ones complaining loudest about how "dumbed down" WOW has become, and in comparison to EQ, for example. So what do hardcore MMO players play, exactly, in the sense of Halo, Call of Duty, and GTA, what have you? Is it EVE? Or Warhammer? Maybe Guild Wars? Because if they're still playing WotLK, all the while bitching about WoW is dumb and too easy, I may have to smack somebody.

On a side note, apparently Google has decided to mess with Blogger's picture uploader. Very annoying. Hah! I may have just answered my own question about my tolerance for innovation.
From the mind of rowanblaze at 3:04 AM 3 comments:

Searching For The World of Warcraft-Clone

Originally posted on Petter M.'s Don't Fear the Mutant blog, edited here for some clarity and to fix grammar. I highly recommend reading the original post and comments, but couldn't believe I'd spent that much time and thought on a comment on someone else's blog :P 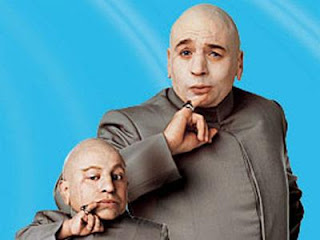 What would a New MMO need to not be a WoW clone?

FFA PvP?
Already in WoW; Gurubashi is just one example.

Forced grouping?
Not sure what forced grouping is outside the WoW instancing and LFD scenario. Did EQ do this? I turned off auto-grouping in STO, partly because there was always some clown taking all the crafting mats as we ran the mission.

Hmm, not many solutions have I found, other than not calling it death at all, like LOTRO and STO ground missions. The problem with creating “meaningful death” in any game is that death IRL is so permanent. I suppose you could shorten the level grind so that creating a completely new character after losing your current one to death would be an option. How about specific injuries, rather than a general HP system. You’d end up with an extremely complex and potentially unwieldy wound system. Remember most injuries that involve sword and/or guns will be debilitating for the remainder of the fight, at best. It’s a game remember? No matter what game you are talking about, the only death penalty that could be meaningful would also be permanent.

How about non-quest related leveling?
I agree with Yeebo about the questless grinding for XP. I certainly would not stay with a game for any length of time if I discovered that sort of mechanic involved. For me, quests represent the story of the game; which is the reason I am playing the first place, to follow the story. Killing boars in the forest for no reason other than XP is asinine.

Another commenter said, “Quests are not at all required if devs can think outside of the box and find new and interesting solutions.” Looking for an actual alternative solution here. If we are talking about just about any genre of fiction, quests are at the heart of the plot. Heck, even RL is full of “quests,” though we usually call them tasks or assignments or some such. They are goals to achieve. IIRC, questing and leveling predate all computer games, starting with tabletop RPGs and arguably, regular boardgames. There is always a goal in a game, usually it is to win in some way–or at least to prove that you have made progress. Regardless of how the "quest" or task is presented, without a quest there is no plot to the game.

More "sandbox" or player created content or drama?
I have no experience with sandbox games, except maybe RTS style freeplay. But I know that EVE does not appeal to me, both for the PvP and the extreme penalty for death/failure. If this is held up as an example of sandbox, then count me out as well.

In conclusion, I like the persistence of the Worlds in MMORPGs. It is the reason I play. I am not particularly social when I play, preferring solo quests with only the occasional group interaction. OTOH, I do like that the social interaction is possible. And I have fun playing and chatting people from my guild/fleet/group. People need to remember that WoW--for all its faults--is extremely popular precisely because Blizzard made a conscious effort to rectify complaints people had with previous MMOs, and continues to do so. Their success or failure might be open to debate, but they have the numbers on their side. They have a rich epic plot to rival any major book series, and players get to participate to a greater or lesser degree in this history. I have enjoyed WoW immensely, just as I enjoy STO and to a lesser extent, AoC. It might be “showing its age”; but I, for one, am looking forward to Cataclysm, and I am willing to try, at least, anything else that comes along that promises to deliver a similar but better experience.

My point is that WoW is already a clone: of EQ, of DIKU MUDs, of tabletop D&D. It is simply more popular than any other  MMO already out there, and most hardcore MMO gamers have played it either currently or in the past. So people will inevitably compare everything new to the big boy.
From the mind of rowanblaze at 5:18 AM 6 comments:

Email ThisBlogThis!Share to TwitterShare to FacebookShare to Pinterest
This ramble relates to: Blizzard, Devs, Game Mechanics, RL, World of Warcraft

. . . doesn't work very well. I have the continuation of Rowan's encounter with the Borg wreck half typed. I was writing a longhand manuscript while traveling and in my spare time at work this week. But how can I write when my desktop background looks like this? 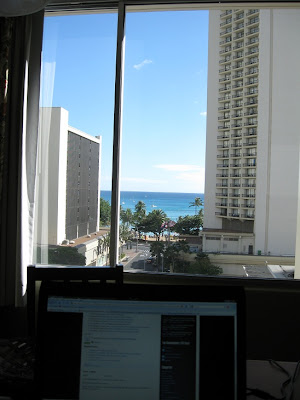 I mean, really. . . even if I am honored (very honored) with a mention in We Fly Spitfires' Best of the Rest (Thank you, Gordon!), I can't help breaking away for vistas like this 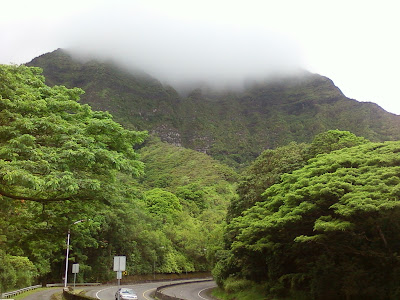 taken from a little stop right there. 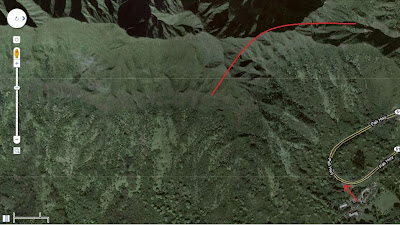 Heck, I haven't even played a game in over a week. I did log on to WoW, but only to see if I got a meet-up date and time with my Guild Master, who is lucky enough to live here. So, Dear Reader, I promise I will deliver the next installment of Rowan's story in a few days--maybe after the sun sets on Paradise.

From the mind of rowanblaze at 3:16 AM 4 comments: