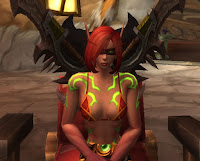 My anticipation of the Legion launch yesterday was such that I almost forgot August has thirty-one days, leaving with a chance to another post. This much more casual Blaugust was a bit more to my taste, I think. I did mange to post 12 times (including this one), which on average is about every three days. On the other hand, I don't know that my posts were any deeper than last years' on average. 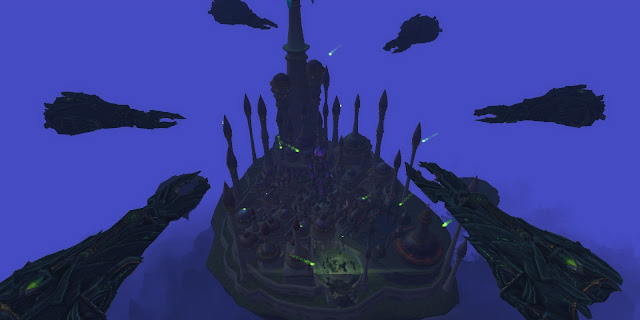 Scooter and I, playing our Demon Hunters, did the quests to transport Dalaran to the Broken Isles and then our Artifact Weapons, plus a little dabbling in Azsuna. We finished out the evening on two new characters (I know!) in Teldrassil. It was actually nice and quiet after the crowds and minor chaos of the expansion zones.
~~~~~~~~

This article from I Have Touched the Sky is licensed under a Creative Commons Attribution-NonCommercial-ShareAlike 4.0 International License. If you repost part or all of the work (for non-commercial purposes), please cite me as the author and include a link back to the blog.
Scooter proofreads almost all my articles before I post them, for which I am very grateful. However, any mistakes are mine and mine alone (unless otherwise noted). If you are reading this post through RSS or Atom feed—especially more than a couple hours after publication—I encourage you to visit the actual page, as I often make refinements after the fact. The mobile version also loses some of the original character of the piece due to simplified formatting.
From the mind of rowanblaze at 6:50 PM

Email ThisBlogThis!Share to TwitterShare to FacebookShare to Pinterest
This ramble relates to: Blaugust 2016, Legion, Spousal Leveling Contract, World of Warcraft