We had a ton of fun talking to Funcom Community Manager Sezmra and her new associate, Tomium, last Thursday night on Beyond the Veil Tier 96. We cover Tomium's gaming background, how he came to Funcom and what it was like joining the team the same week they opened TSW's first new full zone since launch.

Tonight, on the second anniversary of both The Secret World and Beyond the Veil, Funcom lead designer Tilty will be joining us, along with lead writer Scrivnomancer. 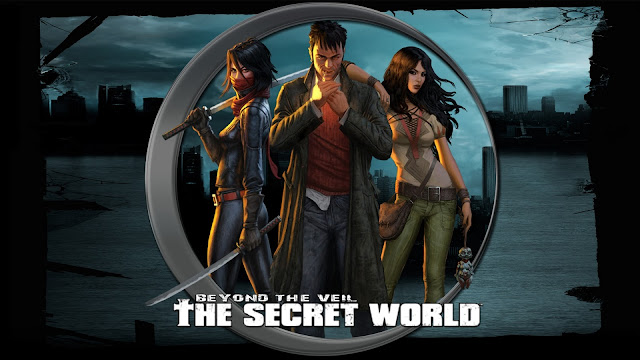 You can subscribe to the show through Holosuite Media's RSS feed, through iTunes (with older episodes here), and through Stitcher. You can catch the live show tonight and every Thursday at about 7p.m. EDT (11p.m. UTC) on Holosuite Excess. Beyond the Veil is produced by "Xander Hayes" and Holosuite Media.
~~~

This work is licensed under a Creative Commons Attribution NonCommercial ShareAlike 3.0 Unported License. If you are reading this post through RSS or Atom feed—especially more than a couple hours after publication—I encourage you to visit the actual page, as I often make refinements after the fact. The mobile version also loses some of the original character of the piece due to simplified formatting.
From the mind of rowanblaze at 10:28 AM No comments:

Email ThisBlogThis!Share to TwitterShare to FacebookShare to Pinterest
This ramble relates to: Beyond the Veil, Celebration, Devs, TSW

. . . but not the gaming.
So I've managed to break the screen on the laptop I borrowed from Scooter. While it's not a complete showstopper—I have a monitor I can hook up to it—it's putting even more of a damper on my gaming by significantly increasing the hardware logistics of each session. (I have no permanent gaming location.) Combine this with decent (IOW, not too hot) weather, business trips, and a docket of other things to do, and my gaming has ground to a halt.

In late May, Scooter and I bought WildStar, but did not submit payment methods for subscriptions. The kind folks at Carbine sent Scooter and me a pair of emails enjoining us to re-up the other day, but I haven't logged in since it hit my inbox. Here's the thing: I like WildStar, but not enough to pay a subscription if I am barely playing, or not playing at all. I guess they have dropped a patch, "The Strain," chock full of high end content to encourage all those max-level racers to stick around for a while longer. That's cool, but it's not an incentive for me and my two characters who haven't reached 20.

TSW is on hiatus for the same reason really: hardware issues. Now I have to save some money for not just one, but two new portable computers capable of playing modern MMOs at more than minimal settings. And I need a good place to set them up. EDIT: In looking at the site that picture came from, I am wondering if I might just replace the screen on Scooter's old laptop for now. Surely it would be less expensive than a whole new "spare" computer.

This means a probable slowdown for this blog. I'm bummed because I want to keep up the writing; but at the same time, not much is inspiring me to write.
~~~

This work is licensed under a Creative Commons Attribution NonCommercial ShareAlike 3.0 Unported License. If you are reading this post through RSS or Atom feed—especially more than a couple hours after publication—I encourage you to visit the actual page, as I often make refinements after the fact. The mobile version also loses some of the original character of the piece due to simplified formatting.
From the mind of rowanblaze at 8:30 AM 2 comments: