QotD: You Got a Little Sandbox in My Themepark 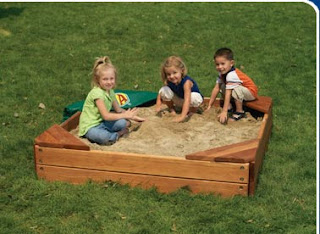 Here's a great definition of sandboxes and themeparks from Stargrace at MMOQuests.com


A sandbox MMO is a game that drops you into a player driven world. Players are given tools, and sand, and they get to make whatever they want with it. just like when you were a kid in your sandbox with a shovel and pail. You didn’t have much fancy stuff, but you had fun.

a non-sandbox MMO has already made all the fun for you, there is no sand, its a playground or a “themepark”. its not about you creating content, its about having fun with what the devs made. like when you used to climb around on the monkey bars or whatever.

I begin to realize that to some extent, sandbox is about building things, be it ships, houses, or whatever. While I agree that WoW is a Themepark, and more so with each ex-pac, I liked the way you could go wherever you wanted (at the appropriate level) in vanilla, (i.e., Dwarves in Teldrassil) if you were willling to make the effort. 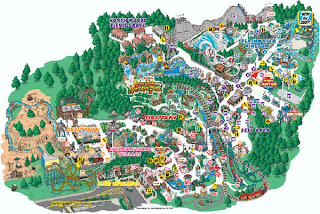 I think that many themeparks have an element of sandbox in them. I like being directed a bit and as to where I should go to find some adventure, but I think being able to have a home base or outfit I can really call my own is great for developing a sense of character in the game.
From the mind of rowanblaze at 12:21 PM 4 comments:

Email ThisBlogThis!Share to TwitterShare to FacebookShare to Pinterest
This ramble relates to: Game Mechanics, MMOs, Quote of the Day

Quotes of the Day, Plus Some Scattered Thoughts. 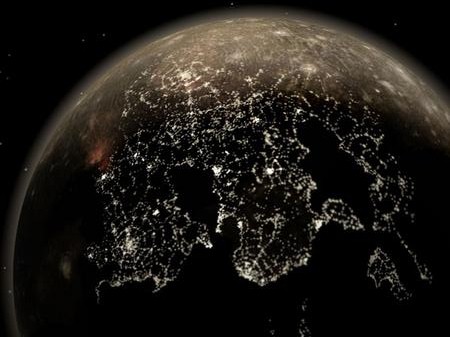 From Syp at Bio Break:


. . . sometimes you just want to do something different than head into the lava-spewing wild for the millionth time to cut through a wall of mobs just to click on a glowy.


MMO designers seem to have a depressingly repetitive penchant for using the imminent destruction of the world as a backdrop . . . and still we find ourselves looking for overdue library books or dealing with gambling debts.

I want so much more roleplay than most MMOs I've played seem to offer. I am coming to the slow realization that they probably never will. I'm stuck on the XP treadmill, rather than making questing decisions based on "What is my character's motivation?" I don't need to be the fulfilment of some prophecy made by Salzman from Accounting. Nor do I always want be picking flowers in a bouquet for some guy's girlfriend.

On a much brighter note, my beloved fiancée pointed out in a discussion of our MMO playing habits that she and I have mostly bonded sitting side by side, playing WoW and (especially) Rift. She loves the games and loves playing with me. I am grateful for her, and will continue to play as long as she is interested, because I enjoy exploring worlds with her.
From the mind of rowanblaze at 2:18 PM 3 comments:

Email ThisBlogThis!Share to TwitterShare to FacebookShare to Pinterest
This ramble relates to: Devs, Game Mechanics, Quote of the Day, RL, Roleplaying

A Sense of Community

As Robert E Howard observed through his hero, Conan the Cimmerian, in 1933's "The Tower of the Elephant":


Civilized men are more discourteous than savages because they know they can be impolite without having their skulls split, as a general thing. 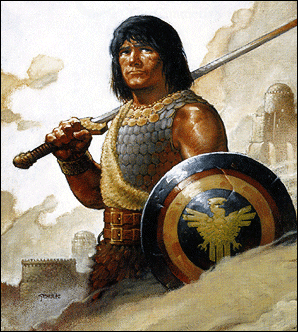 Poor Scary Booster. He is losing his faith in humanity, at the least the segment of humanity that plays MMOs. As the popularity of MMORPGs has grown exponentially over the past decade or so, the burgeoning community has evolved from a relatively small group of enthusiasts to a metropolitan throng of varied participants. Many of the original core are there, though many of those are disillusioned with the current state of the "community." I've touched on this topic before. In comments on that post, it was pointed out that elements of the original community were not particularly nice either.

The theory of the Monkeysphere has been a recurring theme in my mind and my blog of late; it answers many of the issues that Scary and other gamers have with the state of the community. With so many of us spread across multiple games and mostly hiding behind our computers, there are those who feel free to act out and ruin the enjoyment of others in various ways. At the very least, most players seem selfish in their quest to reach the pinnacle of whatever mountain they are climbing, caring little for the interests and welfare of those around them. Unfortunately, this is a condition of society at large, not just the gaming world.

That's not to say I have a cynical or even negative attitude about the gaming community. I am, however, a realist. Human nature is such that, as a community grows, it becomes more impersonal. That jerk on the road may have cut me off, but do I need to get my blood pressure up over it and develop a case of road rage? Unfortunately, I have gotten road rage on occasion. It has never helped the situation, nor made me feel any better. My last speeding ticket--after decades of not getting any--was the direct result of my own impatience with another driver. I need to remember that few people are there being malicious. They are just indifferent. I am outside their monkeysphere.

After a few years of being told that RPers in MMOs are weird (by some pretty weird people themselves, I might add), I decided to role characters on the RP shards of Rift and have thoroughly enjoyed it, finding fellow players of a like temperament and maturity. I have avoided the PUGs of the past, fearing the potentially negative experience, as I had occasionally in WoW. The few times I have been involved in PUGs in Rift, however, have been pleasant, with sufficient communication and coordination to make it worthwhile. 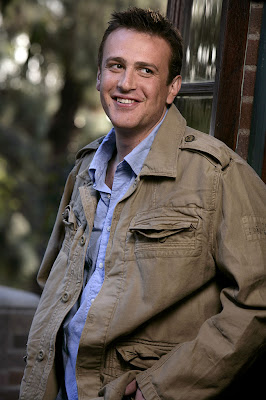 Scary, rather than let your spirit get beat down by the rude or indifferent players around you, be friendly, courteous, and helpful when you can. Like Marshall Eriksen of How I Met Your Mother, you may be in New York City, but you can keep your friendly small-town values and make someone else's gaming experience a little better for having encountered you. Marshall has a sense of community, even when everyone around him does not.
From the mind of rowanblaze at 3:44 PM 2 comments: