EDIT: I sure wish I knew why this post is so hot. Let me know in the comments section what led you here.

In case you had not realized by now, Dear Reader, I am fascinated by the so-called Dismal Science, Economics. Though much of economic theory revolves around money, I had one college professor eloquently refer to it as the Study of Choice in the face of Scarcity. This is what fascinates me about it, why do we make the choices we do? It doesn't have to be choice involving money. For instance, do I spend all morning researching and writing a blog post, or exploring the town and country I am sojourning in, or playing a video game?

Market Forces
One thing that interested me about Guild Wars 2 was that, since everyone could gather any crafting material from the environment, the Trading Post became a buyer's market rather than the seller's market found in so many other MMO player exchanges. Without (artificial in the case of MMO resources) scarcity, goods have little value on an open market. That is why maize is cheap and caviar is expensive. People hoping to make lots of in-game gold by playing that market screamed bloody murder about how it was broken. To which ANet's own in-house economist responded, essentially, works as designed. Speaking about the cross-server system, John Smith said:


The global trading post provides a large number of huge benefits at virtually no cost, outside of the complicated technology required to support it. Making the TP individual to each server opens up market failures across the board, including easy arbitrage and extremely easy market manipulation. The global TP is easier to find items, harder to manipulate, and reaches equilibrium prices significantly faster and more efficiently than any other in game marketplace ever created.

Manipulating markets in the real world is frowned upon. But when a MMO developer takes steps to counter it in the game, those would otherwise exploit the market cry that it's ruining their game.

Others have complained that the prices for end-game fancy item skins are too high in the AH, a result of low drop rates. However, fancy in-game items are rare for a reason, they should represent the effort you put in to get them. I could just as easily complain that the price of a Roll Royce or jar of caviar is too high. But there is an easy solution to that. Spend your money on something else. Or save up for the purchase. (This is also partly why I am not in favor of the top end stuff being awarded essentially via slot machine.) 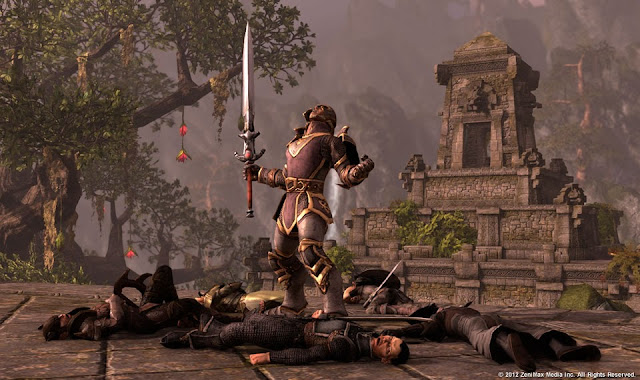 Coulda Shoulda Woulda
Which brings me back to the title of my post, revenue models. My good friend Belghast has written an excellent post in defense of the subscription model:


Most of the games we now think of today as heralds of the free to play “revolutions” started their lifespan as a full functioning subscription based game with a $60 box cost and a $15 a month subscription fee. This is the case for the Turbine games (Lord of the Rings Online and Dungeons and Dragons Online), the Cryptic games (Star Trek Online, Champions Online), the Sony Online Entertainment games (Everquest, Everquest 2, Vanguard, etc) and the new darling of the free to play market… Rift. Each and every one of them experienced a decently long period of selling boxes and racking up monthly service fees before ultimately converting over to some sort of a freemium model.

I would counter that by pointing out that many of those games struggled greatly, some spectacularly, before making the transition, and are now presumably profitable. None of them switched to hybrids or F2P out of the goodness of their hearts. Those games that remain profitable while requiring subscriptions have continued to do so. After all, the old adage is if it ain't broke, don't fix it. The converse of that would have to be: if it is broke, fix it and fix it now, or trash it. We have have seen a few instances of the latter, have we not? And much to the dismay of those still loyal to the now defunct games.


While I was disappointed when Wildstar announced its model, because ultimately it meant the cost of entry was just too high for someone like me… that only casually had interest in the game in the first place… I fully understood the decision to have a subscription. Box costs and subscription costs help pay off the excessive costs of game development.

Many bloggers like to prognosticate and talk about the "should" of game design and, in this case, revenue models. I like to think I am all about the "is" of said topics. Right now, I come down on the side of subscription-optional models, for personal economic reasons. Not that I can't afford a subscription. I was subbed to SWTOR and TSW concurrently for over a month last year. Just yesterday, I was thinking about re-upping in TSW and Rift, both of which I currently play without a sub. Between those two games, I have paid for items and DLC just in the last month. But I question whether I want to pay for a bunch of content I probably won't see; or simply buy "stuff" I know I want. 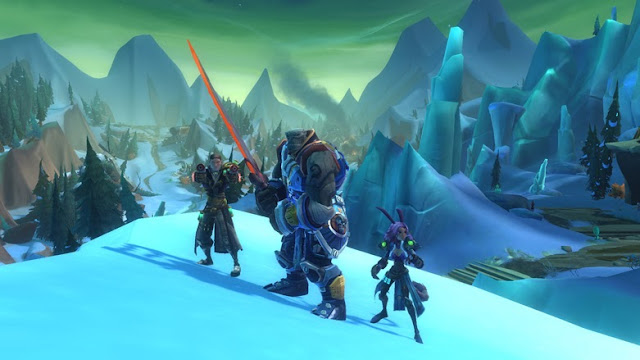 Barriers to Entry
Another concept of Economics is Utility, which another professor referred to as happiness (not just usefulness). This professor made an an easy equation: "Utils"=Dollars. (But, "I get no happiness from dead presidents.") That is, balancing utility and cost. If I judge that the cost of something outweighs its utility, then I will not work to obtain it. Cost is not just about the dollars spent, but the opportunity cost of doing something else like playing an equally engaging MMO that doesn't require a monthly subscription.

There is another personal cost of the subscription model. As I've mentioned before, if I am paying a subscription, I want to maximize the value of that subscription. That means other games developers that may want my attention have to overcome the barrier of my existing subscription. The main reason I never even tried the original Guild Wars was that I was subbed to WoW. For the same reason—only this time it was SWTOR—I never even started the Dragon Age games, even though I bought them (on sale).

In fact, when I first started playing STO (with a subscription), it was the promise of being able to play in one of my all time favorite universes, combined with a disenchantment with Blizzard and WoW, that enticed me to subscribe. I subbed to both for a long time, and I remained subbed to WoW for a few months after I eventually decided I wasn't playing STO enough to sub anymore (while also subbing to Rift), but that was for social reasons. I only have so much leisure time (a scarcity) and a game has to compete for my attention not only with other games but other entirely different activities. Add to that an actual monetary cost and it will likely reduce the utility of the game below the threshold of participation on my part.

I have no illusions, however, that my situation is the same as the majority of players. Maybe Wildstar or TESO will be the next WoW that never seems to have to worry about player numbers. Or rather, to have the worries that other games can only dream of. Honestly though, I doubt it.


There were plenty of agreements and addenda in Syp's comment section. But also apologists for the subscription model, plus not a few snide remarks about SWTOR's cash shop model, which Schubert oversees as current Lead Designer.

Ever the contrarian, I gotta say Schubert has a point. I may not like the direction SWTOR has taken, and BioWare is not likely to get another penny from me. But it's hard to argue with SWTOR's post F2P success. I see a lot of people saying that, if a game is good, the revenue model doesn't matter. I think that is increasingly naïve in the current MMO landscape. There are many people who won't play a sub-only game, no matter how great it is. Others will be reluctant to try it, even if they are not averse to the idea of subscribing in principle. We can talk game design all we want, but business is business. And there are plenty of good reasons to use the cash shop or hybrid approach, mostly to lower the barrier of entry to the game. If the game is that good, then having a non-subscription variant won't hurt it.

Should Wildstar and TESO (and FFXIV) be free to play? I would like them to be; but mostly because, like Belghast's comment above, the anticipated Utility to me of these games is lower than the current projected cost of participation. Do I think a F2P model would be in their best interests? It might or might not be. Like Mogsy, I'll bet that they are going to try to recoup their development costs, and decide whether to transition to some hybrid at a later time, when sub-only is no longer profitable.
From the mind of rowanblaze at 2:44 PM