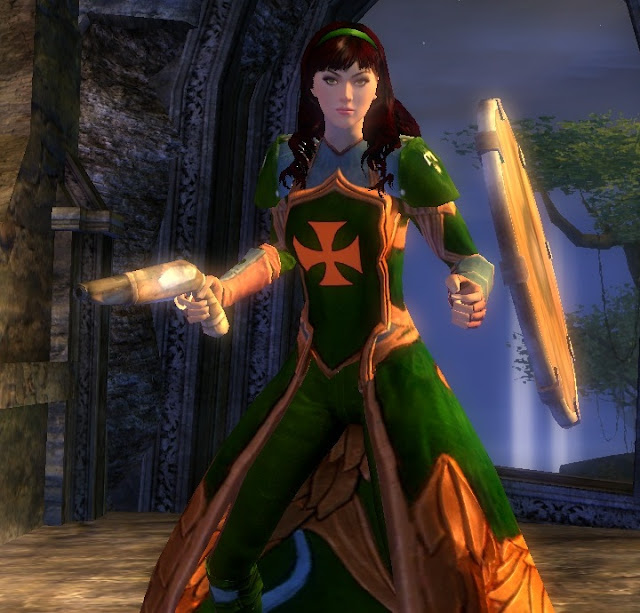 So last night, I was leveling my crafting on my Human Engineer, Heide Urmacher, and running around completing the map items for Divinity's Reach. Listening to some of my guildmates from Knights of Mercy on Ventrilo playing in the structured PvP battlegrounds, I decided to get in on some of that PvP action with them.

The cool thing about Structured PvP in GW2 is that everyone is up-leveled to 80 and has access to the same gear and all profession abilities for free for the duration of the contest. There are ways to get different gear stats, and obviously some stats are better than others for a given profession. 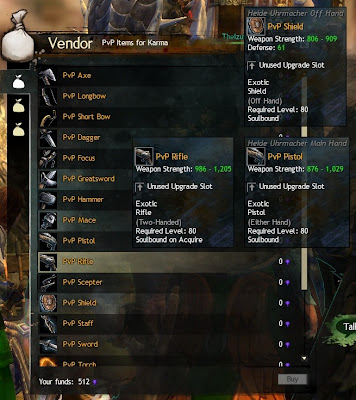 Being a complete n00b to structured PvP, I basically rolled in with the default build, which for the Engineer is a rifle build. I'm not fond of the rifle, to be honest. I like dual pistols or a pistol and shield. But I had already committed to a skirmish server, so I decided to stick with the rifle and see what happened.

Structured PvP is interesting and very different from, say, WoW battlegrounds. Since there are no opposing factions in GW2, the skirmishes are set up at random. Also there are no premade teams that can join as a group and ROFLstomp the unwary competition. The system randomly places everyone in teams that then duke it out. This meant that, while I joined with guildies, some were placed on the opposite team than I was. We were still coordinating through Vent, which meant I could hear the opposing strategy, but I suppose this wasn't much different than a pick-up game of basketball or capture the flag. My team won the first skirmish, even though I died a lot. 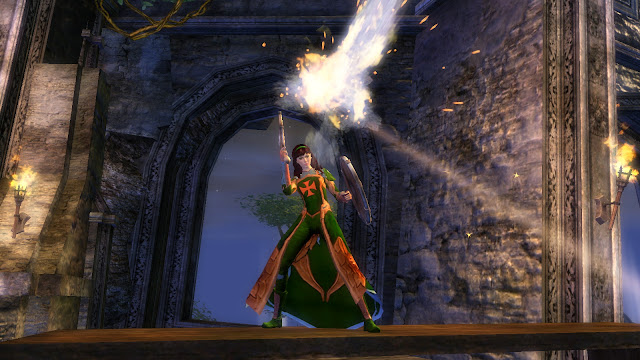 Then instead of getting dumped back out to the PvP lobby in the Heart of the Mists, everyone in the skirmish was transferred to another map and we started again, this time with the teams remixed. You can drop out any time through the Hero window, and some players did. I was getting the hang of my rifle and other skills so managed to kill a lot, even I was still dying quite a bit.

In one of the skirmishes, my team was really doing well, and enough opposing players dropped out that the game automatically rebalanced the teams, which meant I turned coat halfway through. Even though we still lost the match (we were still down one player even with the shuffling), I received a few accolades (maybe some Glory?) for healing and reviving my teammates.

As has been said elsewhere, structured PvP is a great chance to fully test a profession before you waste too much time leveling in PvE, only to discover you don't like the profession as much as you thought you would. 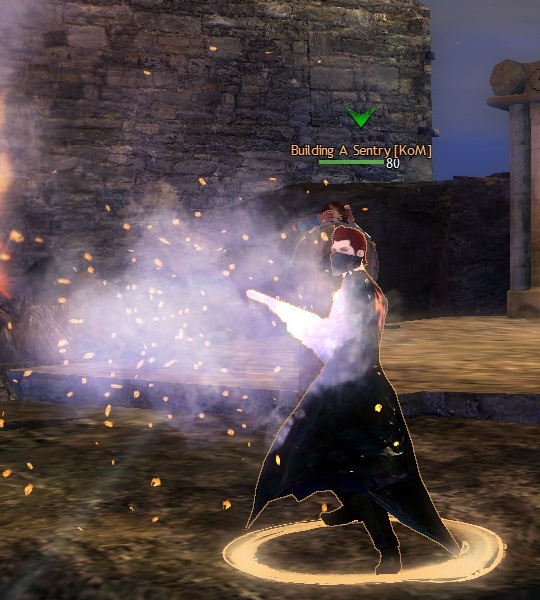 Thanks to my guildies in KoM for putting up with my noobishness; Trent, Maric, Kup Kake, Phentari, Musei, and especially DoubleUnder for showing me the ropes. (Was there anyone else on that I missed?)

I need to research a bit and find a good pistol build this evening, before I jump in again. Hopefully, Sctrz will be interested in trying it out, as well. All in all, I had a great time, and am looking forward to more PvP, something I never thought I'd say.

UPDATE: I GOT THE TOP SCORE IN ONE OF THE ROUNDS TONIGHT! Heide Uhrmacher =235 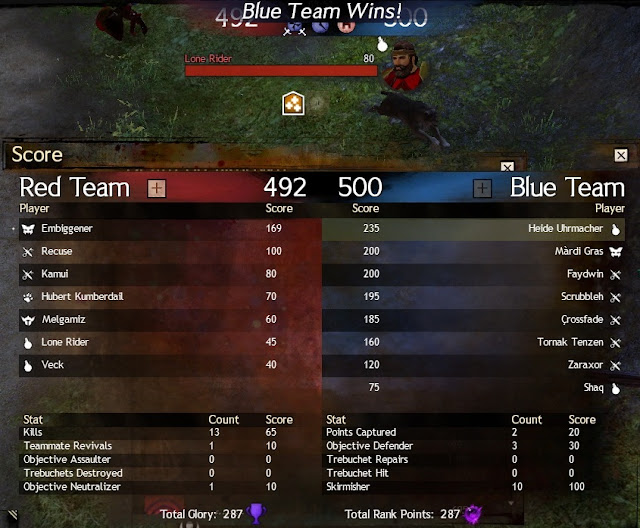 From the mind of rowanblaze at 7:03 PM

Email ThisBlogThis!Share to TwitterShare to FacebookShare to Pinterest
This ramble relates to: GW2, Noob Fun, PvP