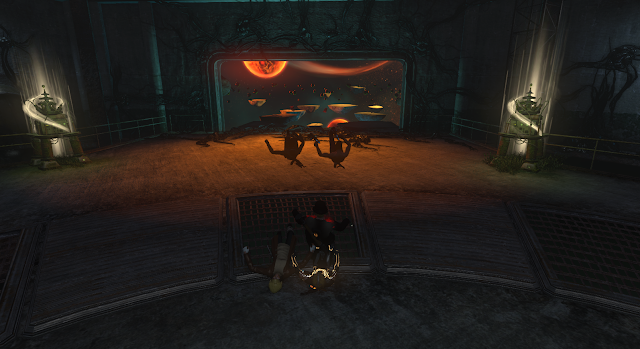 Scooter and I are still working through the TSW mission achievements. On Sunday evening, we ran through "All Roads Lead to Rome," from Issue #4, Big Trouble in the Big Apple. The Roman ruins are my nomination for the creepiest place in The Secret World. Running around through pitch black halls with undead familiars suddenly scurrying past (granted, without attacking you) is definitely up there past the Black House and the Nursery in my book. 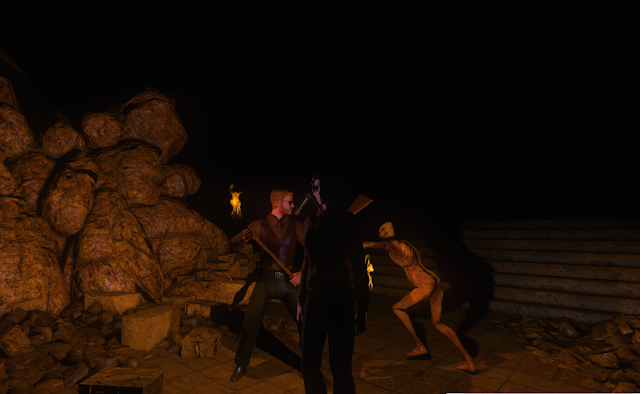 Secret Monday was another rousing success, with the Knights of Mercy fielding two full teams in the Venetian Scenario rooms. We decided that Duo Elite is a great way to farm "Oreos." We tried to queue for Nightmares (which had been done successfully by Ocho, who has yet to meet the Gatekeeper), but the Scenario console would not permit it. Meanwhile, Syp may or may not have forgotten something. . . 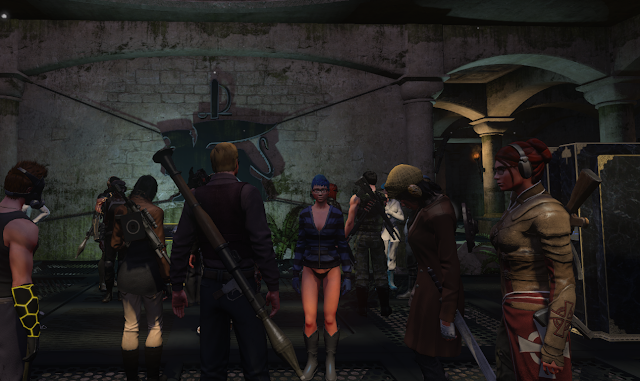 We switched it up slightly this week, with Grace joining Fire Team Bravo (Hey Tenten! how did we end up second string?), and Syp going over to FT Alpha. Knowing the fights (even with variables) shows in our successes, with Scooter and I earning more than enough Oreos to get our Council certification on Dex-y and Dortmunder.

Mogsy then swapped with Grace to tank The Facility as Laeyn, with Dex-y, Ocholivis, and Chucho running guns, and Dortmunder healing in the Blood-Fist Way. We had some fun at the end, bouncing off the windows as seen in the pic at the top of the post; though Mogsy got a better shot. As you can also see from the pics, Mon de la mode was a mixed bag of TSW awesome. I didn't get any shots just of Dex-y and Dortmunder, but this way you can get feel for how we roll in KoM. [Edit: I do want to point out Dex-y's Warlock outfit, which she completed just before we started running Scenarios.]

After several wipes, we decided the Contact Core fight required a change of costume, which you can see below. Unlike some recent trips through Elites—including Scenarios earlier in the evening—the Facility proved difficult to get through. But we did finish, sometime after midnight, local; hence the post title. In addition to the above-mentioned window bouncing we did one last pose before returning to Agartha. When I asked for an action pose, this is what Laeyn gave me:

P.S. Like Ocho, if you're not checking my pic mouse-overs, you may miss something.
From the mind of rowanblaze at 1:37 PM