Ah, life. I meant to mine my screencaps for pictures for this post last night, but between running errands and spending time with my daughters, I never even turned on my laptop. 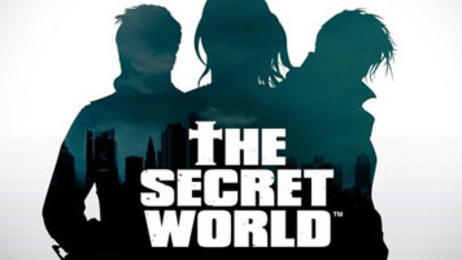 Sypster, yet again, has posted a post I wish I had written. In it, he calls out Funcom on the dreadful secondary combat systems they've tried to implement since the launch of The Secret World. As you may well know, Dear Reader, AEGIS basically broke the game for me. I was a huge cheerleader because I loved TSW. I still do. The Ability Wheel, with its multiple synergies, provided a classless system that left the Unholy Trinity intact. I truly felt the idea of "bring the player, not the class" was well served in TSW.

Auxiliaries were cool, though I agree with Syp that they would have been more interesting as full weapons instead of a single active/passive. Augments were always obviously optional and never seemed worth the grind, at the very least they were lower priority AP expense. But AEGIS, both being mandatory, and yet adding nothing to the game, was the ten-ton dumbbell that broke this camel’s enthusiasm.

At best, AEGIS increases the length of an already long combat cycle. At worst, it makes the game impossible to play, as the player may not be able to do any damage to a random encountered mob without the proper equipment.

I dipped a toe in again a couple weeks ago but never got around to writing about it. I re-did the Tower Defense and obtained the AEGIS controllers I was missing. Though my friends from Beyond the Veil were trying to do me a favor those many months ago, it might have been better if I had done the mission solo. I learned much more about what was going on with the individual towers and their proper distribution the other night. As is often the case when one is carried through group content, getting "help" from the BtV crew didn't really help me in the long run. In point of fact, that night was the last time I logged in for over a year, because I wandered down the wrong alley and encountered a mob I didn't have the controllers to combat.

Which leads back to the added unnecessary complexity and length of fight. Commenting on Syp's post, Sylow maintains that AEGIS isn't that big a deal once you get used to it—and use the AegisHud addon (which I do), and have some capacitors in your full set of controllers—a point echoed on Twitter by my old mate, Galactrix. Sylow goes further to lay the blame for both Augments and AEGIS at the feet of the playerbase, hundreds—or thousands—of whom insisted on power increases or they threatened to not spend any money on additional Issues or updates to the game. Funcom was over a barrel. I wonder, though, how many players Funcom lost because the system was both unnecessary and poorly implemented at first. I myself had just begun subscribing again a month prior to entering Tokyo. They got maybe 30 bucks out of me before I quit cold turkey, not even playing or being tempted to play for well over a year.

Syp is not the only one who dislikes AEGIS despite having powered through the Tokyo Issues. Tententacles, for example, despises the system despite having taken three alts through to the end. Apparently, Lead Designer Romain Amiel has said AEGIS will be relegated to end-game content (dungeons/raids?) after Tokyo.

I noticed (and Sylow pointed out) that the Tower Defense mission now gives a full set of controllers. I want to dip in again now that I have a full set and maybe see how things go because the stories are still fascinating. I feel a bit removed from what is going on though. It may be better to return to my lower level Dragon to get back into the swing of things, or even create a character to start anew. We’ll see.
~~~~~~~~

If you are reading this post through RSS or Atom feed—especially more than a couple hours after publication—I encourage you to visit the actual page, as I often make refinements after the fact. The mobile version also loses some of the original character of the piece due to simplified formatting.
From the mind of rowanblaze at 10:43 AM

Email ThisBlogThis!Share to TwitterShare to FacebookShare to Pinterest
This ramble relates to: Nerd-rage, TSW