Hannah from Dragons and Whimsy facetiously questioned my "movie palace" line in yesterday's post. But the more I thought about it, the more apt the term is for this little nearby cineplex. I doubt if any of my readers live near me (cool if you do, though). But let me tell you little about the Grand Avenue Theater.

The Grand Avenue Theater in Belton, Texas, opened its doors on Star Wars Day,  May the 4th, 2012. I'm not sure exactly when my lovely bride became aware of the theater, but I am sure she was the one who suggested we try it out. And we have been going there almost exclusively to watch first-run movies ever since even though it is hardly the closest theater.
From the beginning, they had certain seats reservable, which meant we were never in a rush to get to the theater and stand in line, perhaps for hours, to get good seats to some highly anticipated film. Now, every seat is reservable in advance, but when they upgraded some of their seats to recliners, we started getting those. 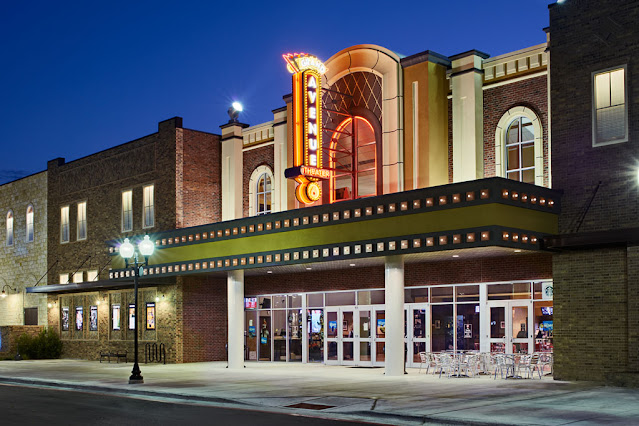 Like many theaters, they have a short film about being courteous, not talking on the phone in the theater, etc. Except the ones presented at Grand Avenue involve a little boy (who is probably now in high school) in a generic demonstration of bad behavior and also a few themed bits, as Iron Man before Marvel films, a Jedi before Star Wars, and others. They're cute and a reminder that this is a locally owned, non-chain theater.
I am linking their COVID-19 protocols video partly because it gives a good idea of what the theaters look like, not that they're that unusual from others in the U.S. However, they have always been much cleaner than most movie houses I have been to.

This one shows more of the amenities, including some of the food they have on offer. In addition to regular "movie food," like popcorn, candy, and sodas, they have a pretty nice selection of personal pizzas, burgers and other sandwiches, and specialty items that match in theme with a movie or actor that is currently featured in the theater. For instance, during the run of "Free Guy" they are offering a chimichanga in honor of Ryan Reynolds' turn as Deadpool. I typically get a pizza, but I did eat cheeseburger sliders the other day. 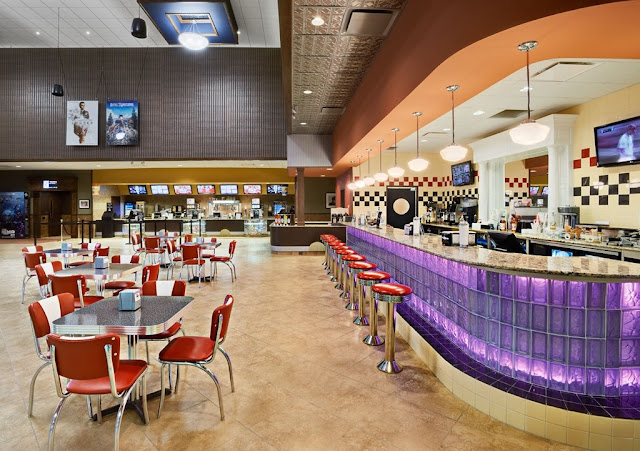 Last summer, when indoor movie theaters were struggling to find revenue streams, Grand Avenue was showing "drive-in" movies on the side of the building, and also offering food items like big bags of popcorn and also staples like milk, potatoes, and even toilet paper for take-out orders. As they state on their website, the folks at Grand Avenue are involved in their community, and sponsor community events like National Night Out, Movies in the Park, and others. We love going there, and hope to continue for years to come.
~~~~~~~~

Scooter proofreads almost all my articles before I post them, for which I am very grateful. However, any mistakes are mine and mine alone (unless otherwise noted). If you are reading this post through RSS or Atom feed—especially more than a couple hours after publication—I encourage you to visit the actual page, as I often make refinements after publication. The mobile version also loses some of the original character of the piece due to simplified formatting.
From the mind of rowanblaze at 8:34 PM

Email ThisBlogThis!Share to TwitterShare to FacebookShare to Pinterest
This ramble relates to: Movie Review, Off Topic, RL