Social Mobility, or, No Class

The MMO Gypsy has a post up about instant class switching—specifically in WoW, I think. I'm not sure from her tone whether Syl thinks it would be a good idea or not. She refers to an earlier post by Tesh regarding a move by the folks behind Allods to implement such a class switching scheme, though it seems extremely limited. [Late Breaking EDIT: Kleps has a counterpoint to Syl's post (and this one).]

When Blizzard first introduced dual specs, I didn't like the idea. I thought it was catering to PvPers who wanted to have their cake and eat the PvE Raid, too. But once it was implemented, I went ahead and got it for two of my characters, with varying degrees of success. All too often at the time, switching specs also meant different gear stats became important. For instance, spell crit was very important for my Disco Priest because of various crit procs. Switching to Holy meant spell haste was more important. But I didn't have the time or interest to develop another set of gear. I suspect hybrid classes like Druid and Paladins had it even worse.

Once I started playing Star Trek Online, the cry for dual specs came out once again, or at least multiple skill tree options. I advocated for the specialization of characters, though I was not averse to the relative ease of respec'ing. Part of my argument was a reference to Blizzard's approach to specialization.

But just because the Elephant and its predecessors forced specialization on players doesn't mean it was written in stone from on high. This blog is, if anything, a record of how my opinions have changed over the past few years. No need to cling to foolish consistencies. More recently, I railed against class/race restrictions in the upcoming Wildstar. SWTOR's class/race restrictions chafed a bit before that. I welcomed WoW's expansion of class/race combinations, and the fact that Blizzard came up with reasons for it within the lore.

Rift, while maintaining the four RPG archetypes(Callings), allows for instant switching of Souls and roles. With the upcoming expansion—maybe sooner—every Calling will have Souls to fill every role.

And finally we come to my current games. EverQuest II, a relic of the golden age of MMOs still has classes, but having just introduced paid-for 85s, what's to stop SOE from allowing complete class switcheroos, for a price? EverQuest Next promises to do away with designated Tanks, if not Healers. I have no idea what Zenimax has in mind for The Elder Scrolls Online. 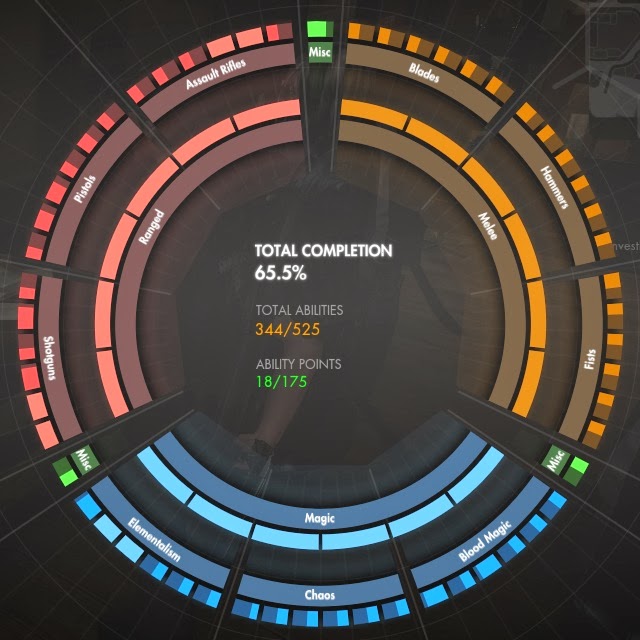 The Secret World is a classless game. A character can develop the skills for any weapon in the game, and their abilities and role are tied to the weapon instead of the character. For all intents and purposes a player can "switch classes" at any time. Gear, in the form of talismans, is still specialized, and I carry multiple sets in order to be effective in the various roles. The standard way to unlock the skills and abilities is by applying XP earned through playing, but boosts are available in the cash shop. Is that any different than the proposal to level up a character as one class, then pay to switch?

I wrote a while back about character backstories and how class could play into that. Of course, it may not be essential, since my characters' backstories in TSW involve professions only peripherally related to their preferred weapons. At the same time, the RP community in TSW is as robust as any I've seen in a game; perhaps better than most.

The goal of every MMO developer is to maximize the number of people paying to play their game, regardless of their business model. Separating players from their friends for whatever reason is antithetical to that goal. If the group has too many of one class/role and not enough of another, why not make it reasonably easy to change the character imbalance without changing the player composition?
~~~

If you are reading this post through RSS or Atom feed—especially more than a couple hours after publication—I encourage you to visit the actual page, as I often make refinements after the fact. The mobile version also loses some of the original character of the piece due to simplified formatting. This work is licensed under a Creative Commons Attribution NonCommercial ShareAlike 3.0 Unported License.
From the mind of rowanblaze at 5:48 PM