So as I have mentioned previously, the current plan is to go ahead and play Wildstar this summer. I can't say I am super enthusiastic about it, to be honest. Do I think it will be fun? Yes! The question is for how long? 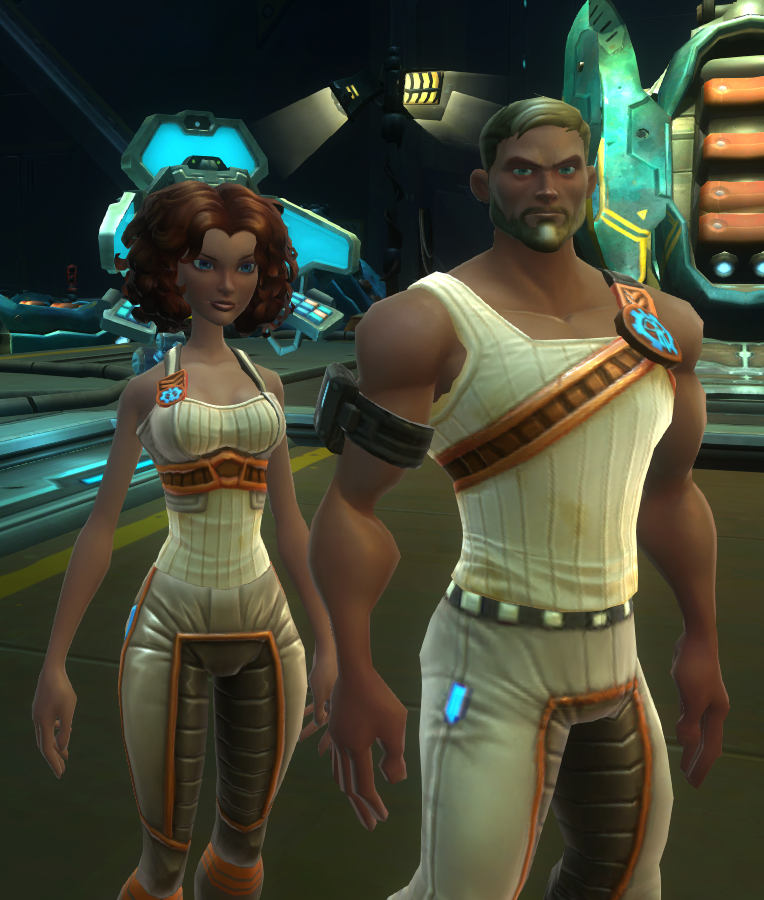 Why am I not that enthused? While enjoyable; in many ways, Wildstar feels like a game I've played before. I have no real sense of wonder about the game. Maybe it's that Wildstar is coming at a point in my life where I'm feeling kind of bleh about the MMO genre in general. I've been disappointed too many times... witnessed things I like about games evaporate as the devs go in a direction away from what I considered great about them... jumped on hype trains that the devs really couldn't deliver on.

So I go into Wildstar with a jaded eye. Not a bitter one though. The game has its moments. I have no problem with the art choices Carbine has made. I enjoyed WoW's cartoonish colors and graphics for over five years. And I think Carbine has done a great job in that regard. The cartoonish humor has been turned up to eleven from WoW, as well, though at least in the limited time I had to play during Beta, I didn't encounter any specific pop culture references that I recognized. There are some instances of commentary on modern culture in general; like cults of celebrity, for example. 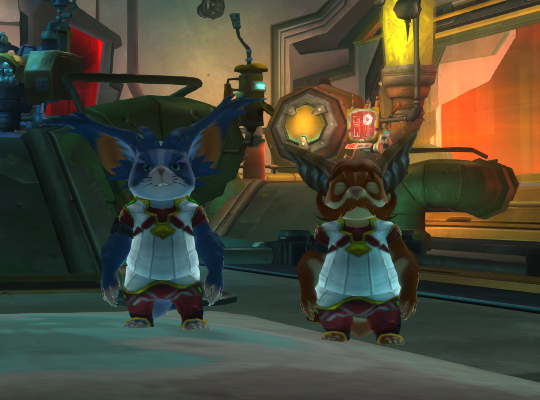 Some of the stuff is really over the top, and I can understand why that's a turn-off for some people. A Girl Grey compared the Level-Up "Glow" to console games like Brütal Legend, and she has a point. But as I recall, that game shares a lot of sensibilities with this one. Like the fact that it doesn't take itself too seriously. I don't think we should either.

But that's a bit of a problem, too—one which may prove to be Wildstar's undoing for me. I love story in games, and I love it to be rich and deep. Wildstar's factions seem to be very one dimensional. I was informed last night that Carbine claims that Wildstar has more story/lore than any other game. I am dubious. I have a feeling that I will be far more engaged by the scrappy underdog Exiles than the totalitarian police-state Dominion. But the whole thing strains credibility. I have more tolerance for such shenanigans than Sig does, but it is not limitless. We shall see. 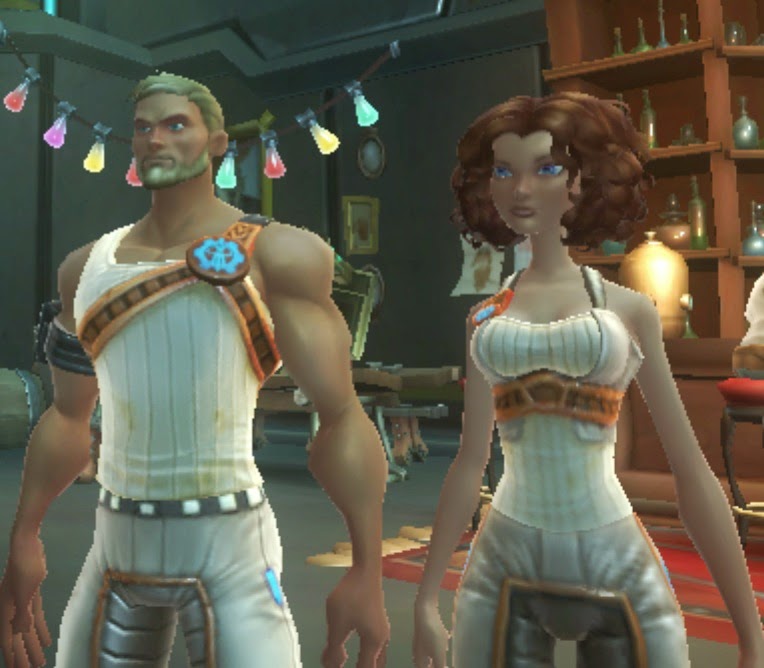 Meanwhile, there are things to be excited about. I was watching some "devspeaks" last night, and several of the combat systems seem pretty cool. For example, crowd control effects, like Stun and Disarm, can be overcome. No more rogue stunlocks. The aiming system, while not completely new with shades of GW2, is fun to use and falls in line with enemy telegraphs. I'm not playing the UI, I'm focused in the action, even when healing. 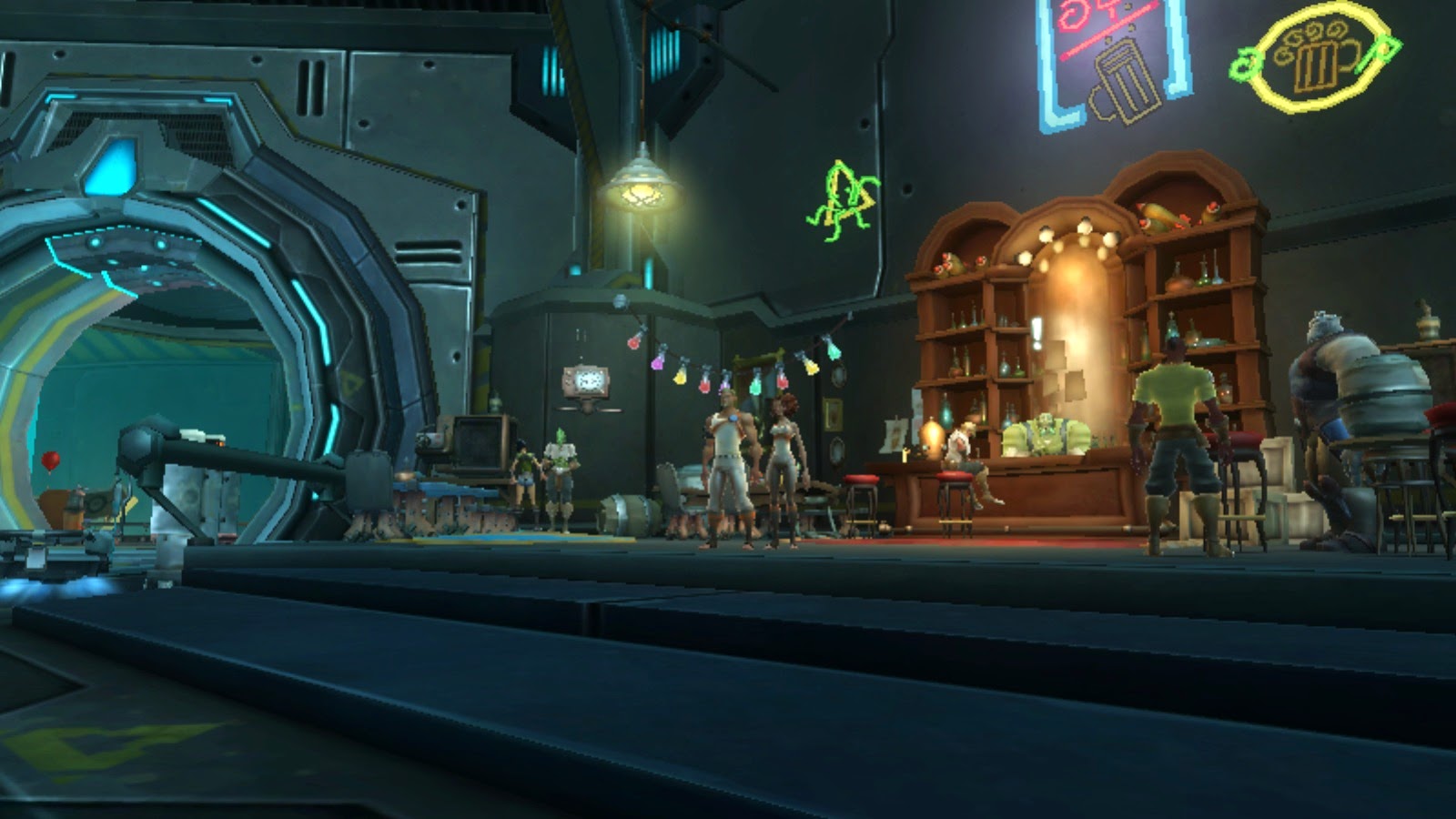 Carbine wants to do WoW right. And flippant comments aside, they have the credentials, in theory, to do so. The studio was formed by former Blizzard devs, folks who worked on WoW back in the day and didn't like the direction the game took at various stages of expansion. Some of them took things they liked about WoW (40-man raiding) with hopes of improving them. Others wanted to go in a totally different direction and do the anti-WoW game, do things that had never been done in WoW (like housing). Here's hoping that the monster that they have birthed turns out better than Frankenstein's.
~~~

This work is licensed under a Creative Commons Attribution NonCommercial ShareAlike 3.0 Unported License. If you are reading this post through RSS or Atom feed—especially more than a couple hours after publication—I encourage you to visit the actual page, as I often make refinements after the fact. The mobile version also loses some of the original character of the piece due to simplified formatting.
From the mind of rowanblaze at 3:15 PM