I have sat thinking about this for a while now, but I can't remain on the sideline any longer. There are some who may see this as propaganda, but frankly, I've seen too much for it to be debatable. I am angry.

My normally fairly anti-feminist online buddy, River, just had his eyes opened regarding the recent Twitter hashtag #YesAllWomen. He thought to himself, surely that's an exaggeration. Unfortunately, it's not; as he shares in the initial results of his poll. 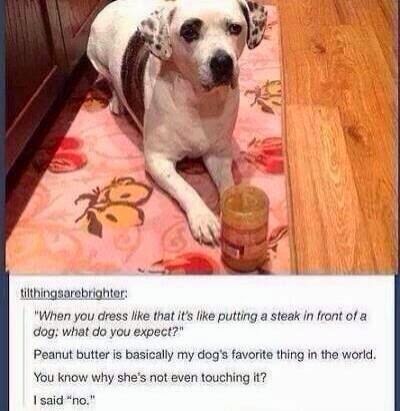 Another Opportunity for Discussion

Elliot Rodger's particular brand of misogyny was brought on by deeper disturbances in his psyche. I hypothesize, based on what I have read, that the man was sociopathic, much like Eris Harris, one of the Columbine killers, superficially blaming others for rejection and bullying; when, in fact, they had only contempt for those around them. I also posit that perhaps Rodger didn't have "game" precisely because the women he approached romantically picked up on his explosive potential. But Rodger was encouraged by others (if unintentionally) who hold that women are prizes to be won, "targets," rather than individuals deserving of respect. Perhaps not all men are predators, but enough are that all women have encountered at least one, usually more.

That's not to say we should all be color/gender-blind robots. We all have preferences and orientations. Hell, I am about as interested in sex as it is possible to be, and fully aware of those around me that I find attractive. But just as homosexuals are generally smart enough not to proposition their hetero associates, heterosexuals need to be smart enough to know this: not everyone you are attracted to is attracted to you. And the ways they dress—or the activities they engage in—are no indication otherwise. Even if someone is attracted to you, for any number of reasons, that person may not want to have sex with you, nor welcome your sexual advances.

John Scalzi wrote a piece in April that came to my attention as a result of the hashtag, and I've been wading through the commentary. While his four levels of discrimination aren't perfect, I feel they are an excellent jumping-off point. I think the most instructive is the first level, Ambient. It's also the most contentious, given that Mr. Scalzi (accurately, IMHO) describes the cultural norms and memes (in the original sense as coined by Richard Dawkins) we all find ourselves stewing in. Since the higher levels of discrimination are fairly intentional, progressively fewer people engage in them. But recognizing our own complicity in ambient discrimination can be painful, and many resist the concept.

I have made mistakes of the sort Scalzi mentions myself. I am truly sorry to whomever I may have offended in this regard here or elsewhere online. Once, I was the center of a sexism controversy right here on this blog. It's still hard to see whether my words and attitude based on the cultural norms brought up in the commentary on that post were OK, or should be changed.

There are folks telling the people who want a more diverse set of heroes in Warlords of Draenor to go somewhere else if they don't like the "artistic choices" the guys at Blizzard are taking. While I agree that the devs are free to take the game whatever direction they want, the players are certainly free to call them out on perpetuating whatever social injustices in the game. Because then, when the expansion launches, they cannot claim ignorance on the issue. But some guys are tired of hearing about it.


Because if you're tired of reading our stories, imagine how tired we are of living them. #yesallwomen
— Ashley Hallett (@xashleysuzanna) May 28, 2014


How many times have I perpetuated some ambient discrimination? Or worse, one of the other more serious levels? The times I can think of, I deeply regret. But as I noted yesterday in sharing River's other post, sometimes we don't get to say I'm sorry. All we can do is try harder to be conscious of the things we do and say that make life more difficult for others.

We need to step up when we see problems, especially active harassment and discrimination. And we need to strive to reduce and even eliminate discrimination where it is within our power to do so, and exert influence if it is not. Because discrimination hurts all of us, even if we happen to be part of a privileged group. 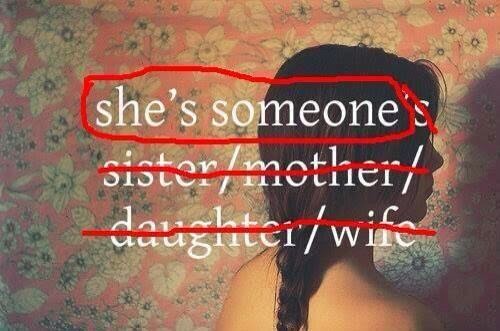 That sexism is an injustice all women should be enough for us to act to change it. But the truth is sexism affects all of us. Let me appeal to the selfish men who see no need to act outside their own self-interest. Did your mother work? If you're in a hetero relationship; does your wife or girlfriend work? If so, your household was/is poorer than you would be if they were paid a fair, equal wage. If they were promoted fairly rather than passed over in favor of some man. Every male human who harasses or assaults a female human makes it harder for the rest of us to form relationships of trust with them. We're seen as a potential danger, regardless of whether we pose an actual threat. Again, none of that matters nearly as much as the fact that we should treat people with respect, regardless of their gender, orientation, religion, race, ethnicity, etc.

More broadly speaking, prejudices and discrimination of any kind affect everyone, bringing down those on the outside and those on the inside. How many great minds have been lost to history because of the actions of oppressive regimes? How many people are unable to reach their full potential or contribute more fully to the progress of humankind—or provide for their families—because they are not allowed to serve in positions of research, or management, or government, because of the prejudices of others?

When I was a kid, I was the victim of bullying on many occasions. Eventually, I grew large enough to defend myself, and defend myself I did. Currently, I am over six feet tall and within spitting distance of three hundred pounds. While not as fit as some of my fellow gamers and bloggers, I can assure you there is plenty of muscle under this chub.
As Scooter can attest, I have two characteristics that arise from my experiences as a child: an overactive sense of justice, and a tendency to become very angry when I perceive an injustice is being perpetrated. I like to think I am normally reasonably cuddly. But I am also a big, scary bear who does not suffer bullies of any stripe. Perhaps, like Stubborn, this has caused me trouble in the past. It has definitely caused trouble for others. I may have lost friends as result, but I have gained far more.

I am probably preaching to the choir. Most of the people who follow this blog probably are not the sort of people that would sexually harass someone at a convention, for instance. We may never meet in person. But if we do meet, and it's because I saw you acting the fool with some poor cosplayer or geek girl—or whoever doesn't fit your perception of what a gamer should be—I can assure you, you won't like me when I am angry.
~~~

This work is licensed under a Creative Commons Attribution NonCommercial ShareAlike 3.0 Unported License. If you are reading this post through RSS or Atom feed—especially more than a couple hours after publication—I encourage you to visit the actual page, as I often make refinements after the fact. The mobile version also loses some of the original character of the piece due to simplified formatting.
From the mind of rowanblaze at 6:10 PM

Email ThisBlogThis!Share to TwitterShare to FacebookShare to Pinterest
This ramble relates to: controversy, Nerd-rage, Off Topic, Rowan Smash