Just this morning, Belghast discusses the animosity of veteran Final Fantasy players toward comparisons to WoW. He quotes an another player giving advice: "don't expect this game to have 'WoW equivalents.' This isn't WoW. It's not a WoW clone." Maybe FFXIV isn't a WoW clone, I don't think any new games are anymore. But, as Belghast pointed out, that doesn't mean that there not equivalents between two games of similar genre. The thing is, human beings naturally categorize things. We make sense of our world by comparing what we know with what is new. MMOs are no different. (There I am, categorizing again.)

Strangely, World of Warcraft seems to be coming up a lot on this blog lately, especially since I haven't played at all since September 2012 and haven't been subscribed since—I think—November of 2011, and for about year of which I was logging in maybe once a week to run dungeons with RL buddies.

But I did play WoW for about 5 years. It's a fair chunk of my life, and no other game has occupied my time for nearly as long. So why wouldn't I compare newer games to it? Just the other day, I was telling Ocho that the Templar Preacher Deck (and much of Blood) plays a lot like an Affliction 'Lock, because the the focus is in Damage over Time mechanics, as opposed to Direct Damage (an EQ term). Therefore Preachers really shine in multi-target fights if they can shift from one target to another in succession.

"You can't compare apples and oranges." Oh yeah? Apples have a thin skin that, while often tart, is fully edible. Oranges, on the other hand, have a skin that, while technically edible, is so bitter that it is usually thrown away after being peeled from the flesh of the fruit, though the outermost part can be used in cooking. Apples can be picked up and eaten right away, but oranges require a bit of preparation (peeling). The meat of an orange is composed of thousands of tiny sacs of mostly water, with high amounts of ascorbic and citric acids and fructose in solution. These sacs are grouped into thin-skinned sections that are easy to pull apart. The flesh of an apple is a mass of cellulose granules, not nearly as juicy as an orange and harder to bite into and chew. To be eaten in "sections," an apple must be cut with a blade. The core of an apple is generally considered inedible, even though it is. Oranges don't really have cores as such. The seeds of oranges and apples alike are generally considered inedible. Apples are a good source of vitamin C, but oranges are a great source. None of that really matters, does it? The important question when comparing the two is: Which do you prefer? 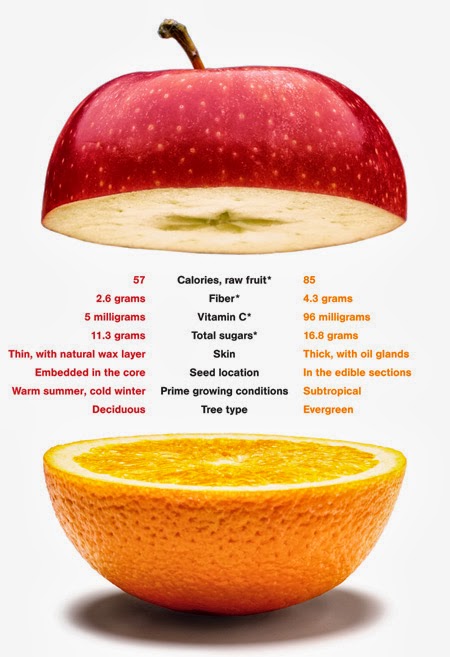 The other night, I made the statement on Beyond the Veil that all boss fights are essentially the same. My fellow BtV crew member, EmDash took minor exception to that statement, saying the boss fights are very different. I didn't get a chance to elaborate then, so I will here. At its most essential, every fight in an MMO is a DPS race. In PvE, the player or group of player must outlast the NPC baddies, whether a single large boss, or several lesser opponents. If even one player character is still standing when the boss falls, it's a victory. If the NPC boss kills everyone before dying, it's a wipe (where did that term come from?) Everything else is details. Tanks, healers, don't stand the fire. We don't talk about damage dealers, we talk about DPS. Now, EmDash is right, the details of the boss fights are many and varied and exciting, but they all boil down to kill the other guy before he manages to kill us.

In much the same Matrix-y way, I see the various classes of every game by the numbers, which is odd, since I dislike Elitist Jerks-type discussions of stats and minmaxing. But under the hood, the Rogue (melee DPS) is no different than the Mage (ranged DPS). The servers and your computer are simply crunching numbers and then translating it to a pretty (hopefully) motion picture. From that perspective, it doesn't matter whether you are playing WoW or SWTOR or TSW or FFXIV. The numbers play out in a similar way.

Which is why the other things are so important to me. Things like story, lore, character customization, graphics, control systems. Those are what truly distinguish these games, not how similar a given ability set (class) is to a comparable ability set in another game. So we use terms that seem to come from WoW. Belghast declared upstate New York to be very similar to northeastern Oklahoma. I'd be willing to bet we could find a New Yorker who disagrees, but they might have undeclared reasons for doing so. Like the FFXIV players with an ax to grind against World of Warcraft.
From the mind of rowanblaze at 11:25 AM

Email ThisBlogThis!Share to TwitterShare to FacebookShare to Pinterest
This ramble relates to: Game Mechanics, Nerd-rage, World of Warcraft