Blaugust the 14th: My Own MMO Wistful Regrets 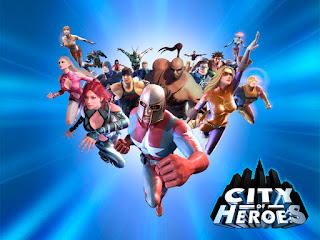 Syp has a post up over at Bio Break, discussing his MMO regrets. He says it's a topic going around the Blaugustphere, which leads to one of my own regrets.

#1 I wish I had more time/access to read all these awesome blogs. The ones on the left there (if you're reading this on my full web page). Well, and the ones over on the right a little down the page, too.

#2 I wish I had gotten involved with MMOs (and especially WoW) sooner. I had some friends that played Everquest, Star War Galaxies or City of Heroes, but I never really felt the pull of the genre until the one I mentioned the other day who introduced me to WoW by insisting that I try it. What sort of epic adventures did I miss out on because I was still worried about what others might think. Which leads directly to . . .

#3 I wish I had been more involved in tabletop roleplaying games as a teen. Even though my oldest brother had many of the AD&D sourcebooks, my mother was among those who thought the game might be a bad influence, and I was discouraged if not forbidden outright from playing when I was younger. As I grew into my teens, I was too concerned about my social standing (already precarious to be honest) to associate more than casually with the folks I knew were playing. I wonder how many years of fun I have lost because of those decisions. I still don't know how I might get involved in PnP-RPGs online or otherwise, but I bet it would be fun.

#4 I wish I had found my gaming partner sooner. Scooter has occasionally said she was finally able to be herself once she got to know me and learned of my gaming hobby. She was the one who did play D&D as a teen, but had put that away during her adult years and relationships prior to meeting me. Ironically, I didn't play much in the first few months after we met, because I had no idea she might be interested. Just before Cataclysm, she asked if she could try out WoW on my account, and we've been inseparable online ever since.
~~~~~~~~

If you're interested in joining the madness (Vloggers are welcome, too!), Belghast has a set of rules for qualifying for any prizes at the end. Your second stop should be the Blaugust Nook, where Bel is keeping track of everything and community members are sharing encouragement and ideas.
~~~~~~~~

This work is licensed under a Creative Commons Attribution NonCommercial ShareAlike 3.0 Unported License. If you are reading this post through RSS or Atom feed—especially more than a couple hours after publication—I encourage you to visit the actual page, as I often make refinements after the fact. The mobile version also loses some of the original character of the piece due to simplified formatting.
From the mind of rowanblaze at 12:48 PM

Email ThisBlogThis!Share to TwitterShare to FacebookShare to Pinterest
This ramble relates to: Blaugust 2015, Community, MMOs, Tabletop